I always assumed that the “right plant – right place” philosophy work to a point. If money is no object rare tropical orchids can be encouraged in our temperate climes – and people have been known to bring in acid soil to allow a “more Japanese” planting. The nature of any site is a critical factor. The best way of discovering what will grow is by looking at what is growing.

The geology is fairly straight forward. I have up to 30cm of acidic topsoil which lies on glacial shale. Mixed with all of this is sandstone rock – typical stones of about 80-100 cm. The base rock is a gold sandstone  which is the signature of the vernacular architecture and forms the walls of the garden and the construction of the house. Stone that was used in the renovation of the Valley Garden in Harrogate came from a nearby quarry. In the process of carving out the path up the slope of the garden some of the shale and topsoil have been mixed. This will improve drainage – but  will also add soil improver to compensate when I start planting. I had assumed “virgin” moorland however the excavation also revealed a land drain which is probably contemporary with the 2004 renovation of the other farm buildings into dwellings.

Following a wet cold Spring, early summer warmth has really encouraged flowering in the surrounding meadows and this is also the case in my grass.  The lush growth has yielded these species among others yet to be identified:

and a variety of grasses. I have no doubt many herbaceous perennials will grow.

In 2004 the developer planted areas  surrounding  the houses with a variety of slow growing conifers – yews, chamaecyparis  and cryptomeria – which have survived the windy rigours on the South Pennines.  In the shelter of the courtyard a neighbour has quite a mature Acer “Dissectum Atropurpureum”.

Woody structure in the area comes in the form of Cretagus, Betula and Ilex. There are also non-native conifers used as shelter belt.I have a wall, that is at least 4m high in some places, which protects against the west wind. In this shelter 3 acers, a pinus thunbergii, a trained Juniper and a dwarf pinus sylvestris – all in pots from my previous garden have survived the 8 snowfalls of the winter.

So far so good. It seems that I can have a garden. My main problem becomes the 6m high steep slope that is the main part of the garden.

Wed Aug 18 , 2021
Ozu, Mizoguchi, Kurosawa, Ichikawa and Shindo were my introduction to Japanese aesthetics. From the age 10 I would go to the cinema twice a week […] 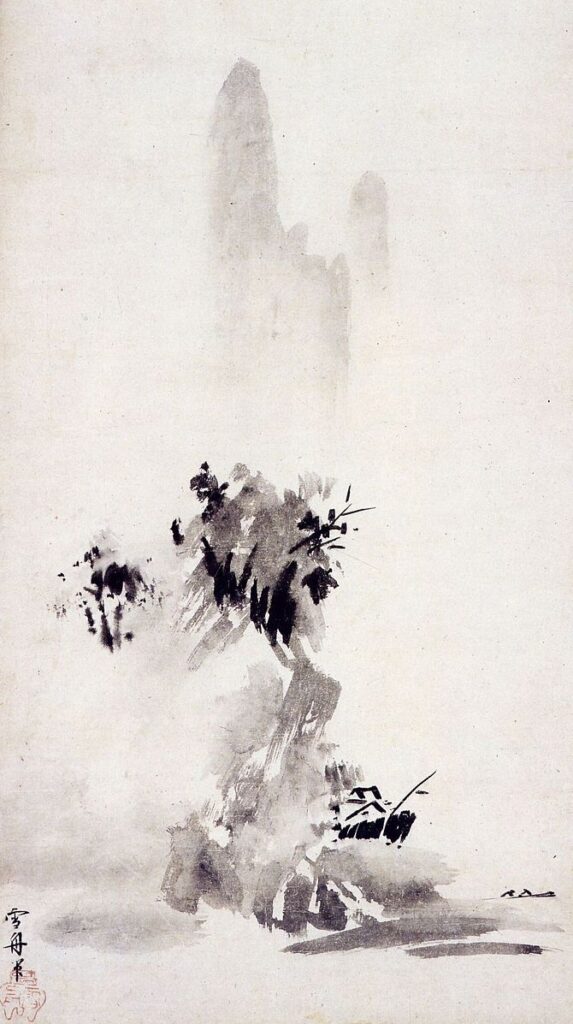